IS ROBOTIC WELDING RIGHT FOR YOU? 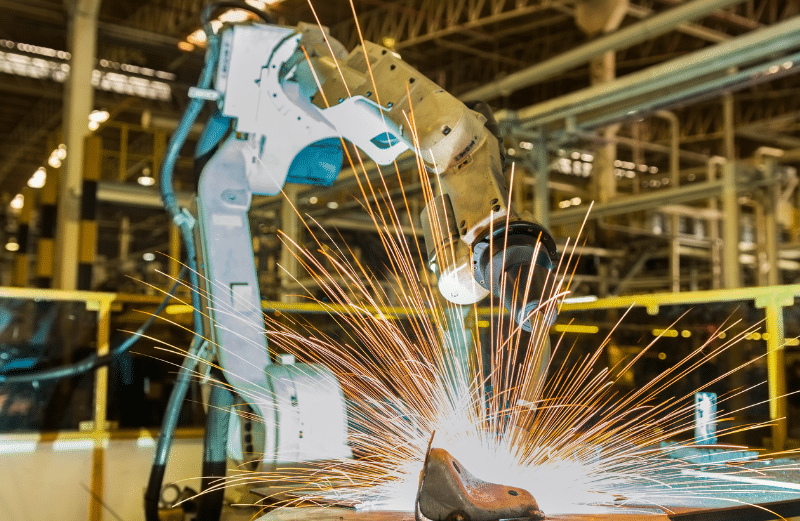 Everything you need to know to make an informed decision.

HOW DID WE GET TO ROBOTS IN FACTORIES?

The use of robots in manufacturing is becoming increasingly more popular as we find ways to increase productivity and improve their functionality. Their application now expands to almost every sector, from robotic welding lines in automotive plants to the medical field e.g., with surgical procedures, to the hospitality sector with fully automated robot chefs and smart commercial kitchens, like those used during the Beijing Winter Olympics.

The word “robot” comes from Czech (Robota) and it was first used in the 1920 Czech play “Rossum’s Universal Robots” (R.U.R.) by Karel Capek, with the meaning “tedious (or forced) labour”.

However, it wasn’t until the 1940s, with the development of the first programmable robot by industrial engineer George Devol, that industrial robots were first used in factories, revolutionizing manufacturing. Devol’s robot, the Unimate, served to automate repetitive tasks and improve safety in factories and it was used to perform spot welding and extracting die castings.

In the early 1970s, KUKA from Germany developed the world’s first welding transfer line with robots and later designed the Famulus, the world’s first robot with six electro-mechanically driven axes, which later became the norm.

Throughout the 80s, the industrial robot industry continued to grow so quickly that a new robot entered the market every month, and during this period robotic arms gained greater control and mobility.

In the 90s it became possible to control and coordinate multiple robots simultaneously thanks to the improvements made in electronic controls.

Fast forward to today and there is no sign of slowing down. With the ever growing popularity of the internet of things (IoT) and Industry 4.0, in conjunction with developments in augmented reality (AR), and the multitude of algorithms behind our search engines and social media, it is getting increasingly harder to justify more traditional, manual operations even in smaller factory settings.

With reference to robotic welding, despite all the long-term benefits a robotic welding station can bring, setting up is still a substantial investment and can therefore be prohibitive for smaller factories.

WHAT IS ROBOTIC WELDING?

Robotic welding involves the use of programmable mechanized tools, or robots, to perform welds and to handle parts.

Robot welding cells comprise many components, some of which are directly involved in the welding, as well as other components that carry out functions that support operation and safety features.

There are different kinds of robotic welding, but the 4 most common ones are:

Resistance Spot Welding is the most common type of welding application automated by robots. This process consists of clamping the workpieces through pressure. An electrical current then forms a resistance which causes the areas to heat up and fuse together.

This process is very cost-effective as it uses non-consumable electrodes and it does not require filler metals to be used. Compared to other forms of welding, this process is much faster, resulting in lower energy consumption and there is very low risk of metal distortion.

There are some limitations to this process, however. Resistance spot welding is usually only used on sheet metal and is not recommended for sheets thicker than 3 mm. There is also a limited selection of materials that can be welded with this process i.e., steel and stainless steel.

Robotic Arc Welding is also extremely popular, and it involves the use of electricity to join the metal materials. Electricity is generated through a power supply creating an electric arc between the base metal and the electrode. This arc generates heat that melts the metal materials. There are different kinds of robotic arc welding, namely MIG, TIG, PAW and Flux cored.

Laser welding is usually more precise and cleaner than other welding methods and is also very versatile as it can be applied to metals with a wide range of thicknesses. Another advantage of this method is that it is fast and has a smaller heat-affected zone which minimises any possible distortion of parts during welding. Since there is no contact with the material, with some robots being able to laser weld from over 30 cm away, it is also ideal for more delicate and precise parts like medical or aerospace projects, or in projects with areas that are hard-to reach with traditional welding processes.

The two main types of Laser Welding are:

Although Plasma welding is still an arc welding process and is similar to gas tungsten arc welding (GTAW), the construction of the welding torch is very different, with two nozzles; the first being the plasma nozzle, housing the tungsten electrode and having a supply of inert gas (argon, helium or a combination thereof), and another nozzle supplying the shielding gas.

Robotic plasma welding reaches much higher temperatures compared to other arc welding processes and this combined with the high speed of the plasma leads to high energy density which in turn translates into higher penetration, allowing thicker materials to be welded at higher speeds.

WHEN SHOULD YOU CONSIDER ROBOTIC WELDING?

Robotic welding has many advantages compared to traditional welding processes, however, as discussed above, it does require a huge investment of time and money, which many manufacturers will not be able to justify. Many Australian manufacturers and fabricators, especially those selling their products locally, for example, only reach low volume production quantities and therefore find it difficult to justify such a large investment in automation.

For larger Australian manufacturers, either exporting their products globally and/or with larger production volumes, robotic welding offers the following advantages:

Robotic welding offers great speed and enhanced efficiency. Mistakes are minimised with respect to traditional welding and lead times are reduced because robots can work around the clock.

Robotic welding offers consistent and highly accurate weldments with reduced spattering and a neater finish with respect to manual welding.

By running continuously, automated welding robots can conserve energy and since the robots never over-weld, there is no need for subsequent corrective welding.

WHAT DOES A ROBOTIC WELDING CELL CONSIST OF?

Robotic welding cells are made up of many different components. In addition to the actual Welding Robot itself, many other items are fundamental. For example, the controller supplies power to the robot and sends it instructions, whereas safety features can be provided to prevent safety hazards and harm to workers.

You may be wondering how long it would take before you see your investment pay off. This depends on a few different factors. Larger companies, contract manufacturers and companies producing products at larger scale, find that robotic welding cells pay off themselves very quickly, especially when considering the greater efficiencies, reduced waste, and lower labour costs.

For manufacturers producing low volume or customised parts, this investment can be a lot harder to justify. If they want to receive the advantages of greater consistency and higher quality without investing in robotic welding, it may be worth considering outsourcing the products where this greater consistency is needed.

There are many contract manufacturers both locally and offshore, who specialise in this service and would be more than happy to support your production.

At Dragon Metal we specialise in helping manufacturers reduce costs, scale up production and improve quality. If you are looking for support with robotic welding projects, we have many factories that can help.

Why We Can Offer 100% Quality Guarantee.

Dragon Metal Manufacturing offers a 100% quality guarantee on all your projects. Read the blog to find out how.

How can Dragon Metal help you outsource? Dragon Metal Manufacturing has a strong relationship with several factories with a proven track record of success. This saves you the expense and time of searching for a suitable supplier and, since we oversee production and 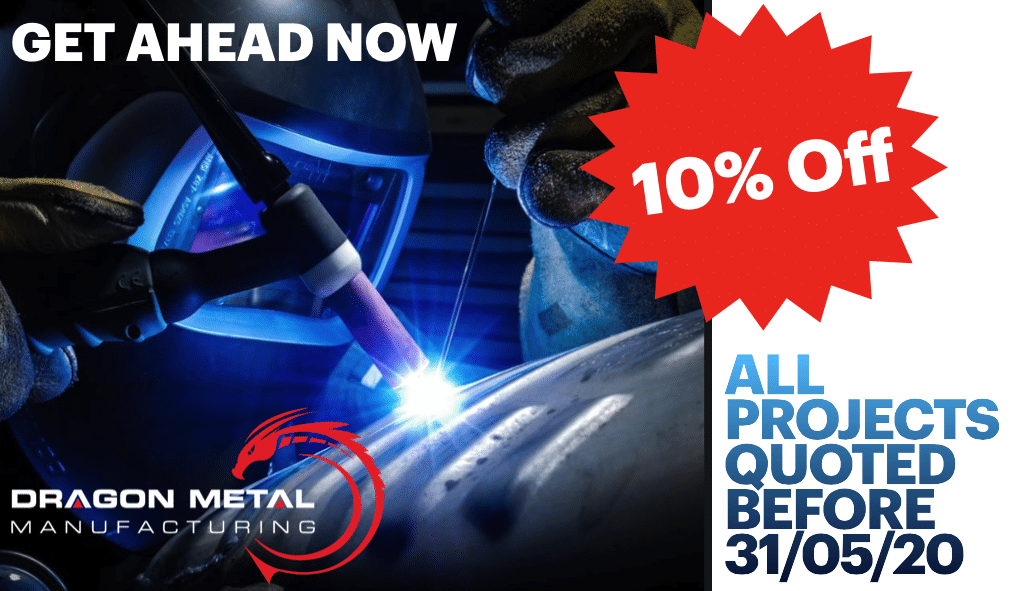 Take the time to get ahead now!

PROMOTION – Limited time only To help Australian manufacturers get ahead in the second half of this year, Dragon Metal is offering a 10% discount on all projects quoted before the 31st of May. The COVID-19 epidemic has had a brutal impact on 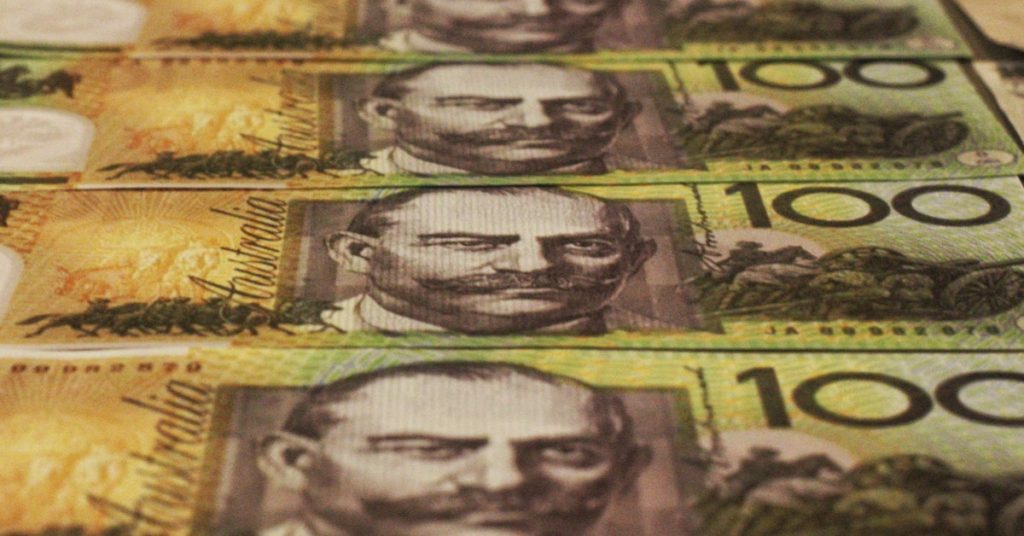 With the Australian dollar looking to remain strong throughout 2020 and 2021, reaching up to around US 75-77¢, this is a great time for importers as the resulting savings are substantial.

We are your go-to consultants for offshore manufacturing and sourcing. Our company has been providing the service which links your company to its manufacturing needs since 1992.

A wide range of services to manufacture your products with Dragon Metal’s 100% quality guarantee.